Okay everyone. You are about to read a review of a movie based on a book in which is so perfect it cannot be described in words. (As you can see, I am quite obsessed with the book – literally it is the GOAT) In my mind, the greatest book to ever exist on this humble Earth.

This is the second half in my Call Me By Your Name (CMBYN) review. Go check out my book review (AGHH I’m literally hyperventilating – I love this book so freaking much!!) if you haven’t already. I 100% recommend!

*similar to the book review, I haven’t included any spoilers!*

As you can see, I may have to take frequent breaks from writing this post as I love it so much and I might start crying as I write this. *exhaling*

On May 9th, 2020 at 6:03 pm I clicked the button to rent CMBYN from Amazon Prime. I had been wanting to watch this film for a hot minute but as it has been the weeks approaching finals I hadn’t really had a chance to watch it. I told myself as a reward for finishing (and passing, thank god) my trig class I would allow myself to watch CMBYN.

I kind of went into watching this film knowing it would be one of my favorite movies of all time, so you can be sure I had high expectations. It really did not disappoint. Andre Aciman and Luca Guadagnino really did steal my heart with the book and movie. It will be hard to beat these two in my rankings of favorites.

The movie actually came out in 2017 (aghh why did it take me so long to see it??) and is directed by the Italian director Luca Guadagnino. He also directed A Bigger Splash and The Staggering Girl, neither of which I have seen before. But I hope to.

The film is shot in a way that really conveys a very… nostalgic feel, I would say. Maybe sentimental or wistful is a better descriptor. I’ve watched a couple movies that attempt that sort of style but haven’t really succeeded. Call Me By Your Name succeeded; it is very refreshing and different. It’s kind of hard to explain, but when I watched it I got the feeling that I was in the present with them but at the same time looking back into the past, into Elio’s memories. I think that is a testament to how successful Luca Guadagnino was in relaying the emotions of the story of Elio and Oliver. Everything from the sounds of the birds that you can hear in the morning to the revving of a motorcycle going by as they speak to the clattering of their bicycles as they ride to the nearby Italian town just gave the film so much personality. The coloration of each scene and the way the sunlight casts different shadows all play a role. It truly is unique and one of a kind. Kudos to Luca Guadagnino for excelling in portraying such realism. His sense of authenticity is impeccable.

Luca Guadagnino is quoted to say he sees the film as “the beauty of the newborn idea of desire, unbiased and uncynical”.

“It’s the summer of 1983, and precocious 17-year-old Elio Perlman is spending the days with his family at their 17th-century villa in Lombardy, Italy. He soon meets Oliver, a handsome doctoral student who’s working as an intern for Elio’s father. Amid the sun-drenched splendor of their surroundings, Elio and Oliver discover the heady beauty of awakening desire over the course of a summer that will alter their lives forever.”

In my opinion, Luca Guadagnino gives the best description of what the meaning of the film CMBYN is. Helping people to realize the true meaning of desire. In his words; “We should always be very earnest with one’s feelings, instead of hiding them or shielding ourselves,”  He considers it an “uplifting film” about “being who you want to be and finding yourself into the gaze of the other in his or her otherness.” I think it is an amazing message and the movie really is something you should take the time to see.

Also, the film has a 98% rating on Rotten Tomatoes so yeah. Does anymore need to be said?

I wanted to reiterate that similar to the book, this movie is rated R. Specifically for sexual content, nudity and some language; if you are under 17 please get permission before watching it. While both the book and movie feature some explicit content, I personally think it really adds to the experience and without it they wouldn’t be the same or as good. I just love the entirety of this film to no end.

While the book contains priceless quotes, there were actually some different quotes from the movie that were just… indescribable. While I could quote EVERYTHING from the movie, I’ve included just my favorites:) I’ll let you review.

“We rip out so much of ourselves to be cured of things faster than we should that we go bankrupt by the age of thirty and have less to offer each time we start with someone new. But to make yourself feel nothing so as not to feel anything – what a waste!”

Nature has cunning ways of finding our weakest spot.

“How you live your life is your business, just remember, our hearts and our bodies are given to us only once. And before you know it, your heart is worn out, and, as for your body, there comes a point when no one looks at it, much less wants to come near it. Right now, there’s sorrow, pain. Don’t kill it and with it the joy you’ve felt.”

CMBYN features music by Sufjan Stevens and the style of his music really adds to the film. I actually love the music featured so much that I’ve learned how to play a mesh of Mystery of Love and Visions of Gideon on the piano. The overall choice of music reiterate the feeling of wistfulness.

The film features Timothee Chalamet (MY HUSBAND) as Elio and Armie Hammer as Oliver. Their representation of Elio and Oliver is incredible. They couldn’t have cast anyone better.

I also wanted to discuss Elio’s father, Sami Perlman, who is played by Michael Stuhlbarg. I felt like Mr.Stuhlbarg is one of the outstanding performances in the movie. Mr. Perlman also played a larger role in the movie than in the book, but in a good way. While the movie and book are different, I think they conveyed similar messages in equally respectable ways.

As for language, I really wanted to express how awesome I thought the incorporation of Italian and English was. Being bilingual myself, it was so cool to see the representation in the film, as Elio along with his parents frequently switch between Italian and English. Not to mention, I just love the Italian language, and it was a very beautiful addition to the film. It was filmed in Italy and you get an insight into the aspects of Italian culture.

I realized I didn’t really talk about the LGBTQ+ representation in my book review and wanted to touch on it briefly here. I did a little research to see what other people thought of the gay representation in CMBYN and found mixed reviews. Many people thought that CMBYN was an idealized version of the real world when concerning the reality of many queer lives. In many ways, Elio is really fortunate to have such accepting parents and many people are not so lucky. The movie does show some conflict as Elio and Oliver avoid affection in public and their relationship is very secretive. In my opinion, CMBYN succeeds in it’s main purpose to relay the meaning and deepness of desire; I think the movie is perfect the way it is and there is definitely a purpose for every shot in the movie.

This film is truly my all time favorite movie and I love that it has so much meaning. If you haven’t seen it, I really recommend taking some time to see it; it is one of a kind. The movie is such a masterpiece; complete with the romance of sunkissed summer days wasting away in the pool, the beauty of the historic Italian village feel and undeniable love of Elio and Oliver.

Have you seen the movie? What was your favorite part? I hope you guys enjoyed this review:) 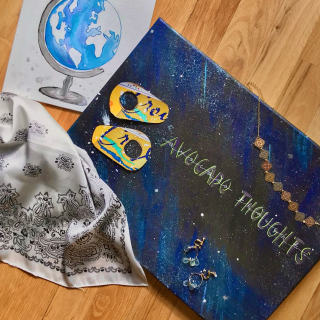 I love to read, listen to music, journal and play the piano- along with many other hobbies! I hope through my blog I can inspire you to be who you want to be and be you:)